When it comes to plumbing, I have very little skills to do it myself. I don't know the names of most plumbing tools, I couldn't tell you the difference between the kinds of pipes, and I surely wouldn't take on a huge plumbing job alone. Luckily I was blessed with a little bit of common sense so I can figure easier things out without having to shell out a small fortune using a professional. That common sense came in handy when I broke a water line during what should have been a simple kitchen faucet installation. 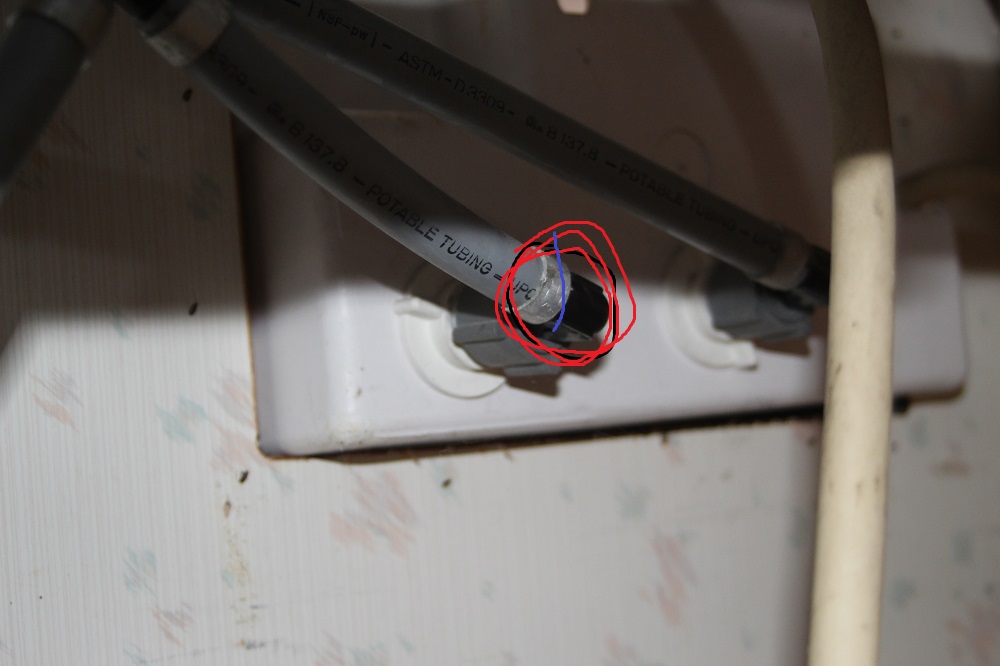 This is the Polybutylene water line I broke. It goes to the outside shower. 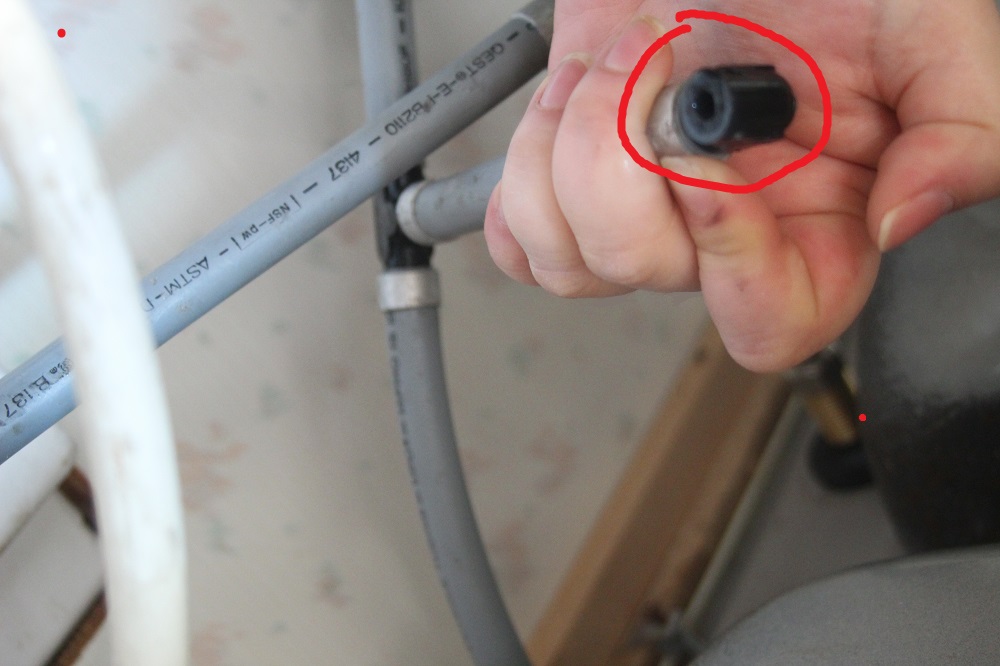 The Polybutylene water line made a clean snap at one of the fittings.

The first thing that comes to mind as possibly being helpful to anyone not familiar with RV plumbing is that most RVs made circa 1990 and prior used polybutylene pipes. I had no clue what that was, I just assumed my RV water lines were PEX. But a little bit of Google magic and it was clear my RV's ugly gray water lines were polybutylene and not PEX or any other modern day material. Polybutylene isn't even made anymore, for various reasons, and that makes fixing PB plumbing issues tricky. Tricky, but not impossible. 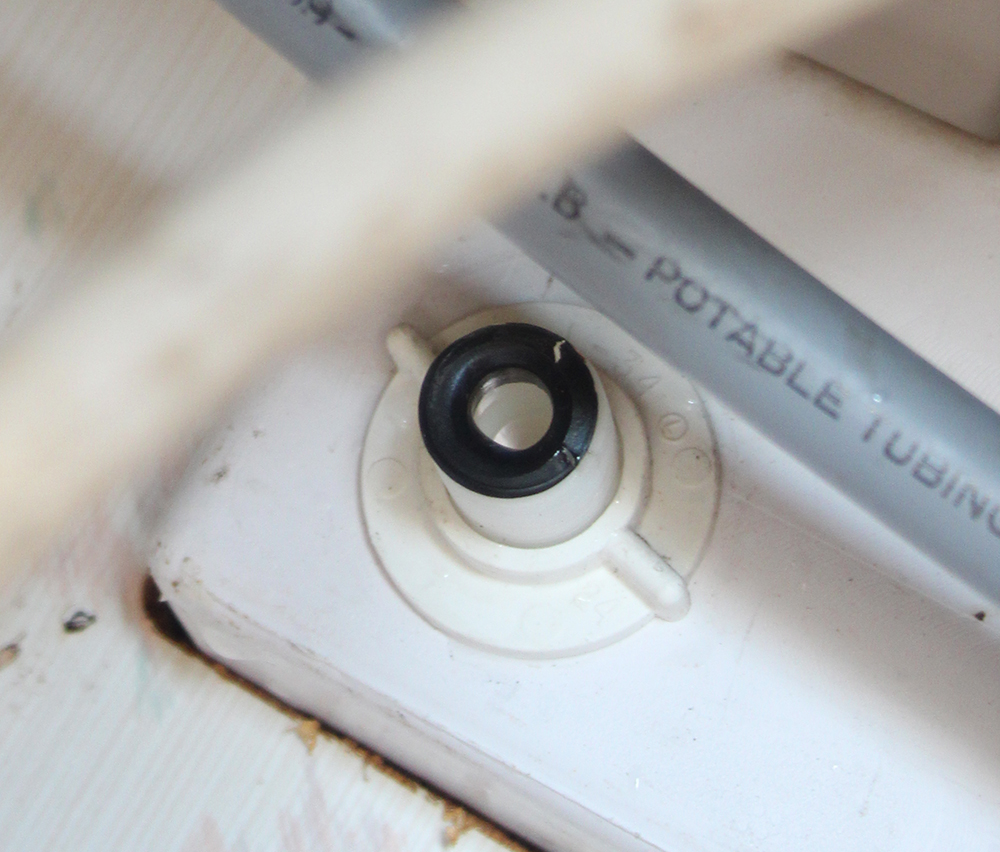 My issue shouldn't have ever been an issue, except there wasn't enough slack to unhook the cold water line from the old faucet. I figured if I could undo the T that was connected to the outside shower I would have enough slack. Well, turning that turny thing (no clue what it's called) resulted in it snapping off. It was a clean snap too, the turny thing is still on there (because I'm terrified to ever touch it again).

I don't foresee myself needing the outside shower so the obvious solution was to cap off the end so that it wasn't leaking. I don't have a crimper, or the knowledge of how to use one (regardless of how easy people say it is) and I wasn't about to spend hundreds of dollars on a tool I would only use once. So I did a little research and found the perfect solution.

Remember how earlier I said that polybutylene water lines aren't made anymore? That means there aren't really tools or fixes, aside from replacing it, for PB water lines available. I'm not confident enough in my skills {yet} to take on replacing my PB water lines with PEX, but that is in the future plans category. The only viable solution I was able to come up with was buying a couple of Sharkbite fittings and a little bit of PEX pipe. 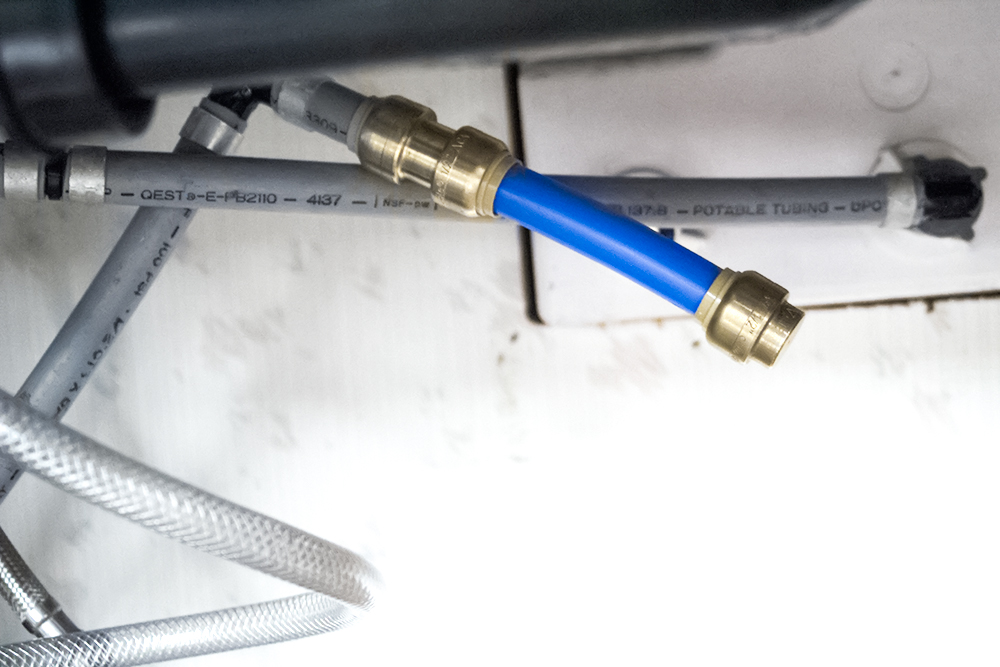 Thankfully the people over at Sharkbite realized not everyone is ready or able to completely replace polybutylene pipes. They offer a great solution that's perfect for non-technical people like me. Their push fittings are just that, fittings you push on! There's no tools, goop, or special knowledge to it.

The Sharkbite Push-to-Connect Polybutylene Conversion Coupling ($8.52 on Amazon) was just what I needed. I used my handy dandy pipe cutters to trim the PB water line down past where the fitting broke off. I sanded the edge of the cut pipe to make sure it was even, necessary for a flush fit. Then I pushed the end of the Sharkbite fitting (the end with the gray sleeve) onto the freshly cut and sanded PB pipe.

I cut a piece of PEX Pipe, about 3 inches, enough to get a fitting on each end with space between. I sanded down both ends of the PEX to be sure they were even, so they would seal and fit flush. I pressed a Sharkbite ½" End Cap ($5.49 on Amazon) on the end of the PEX pipe and then I was done! 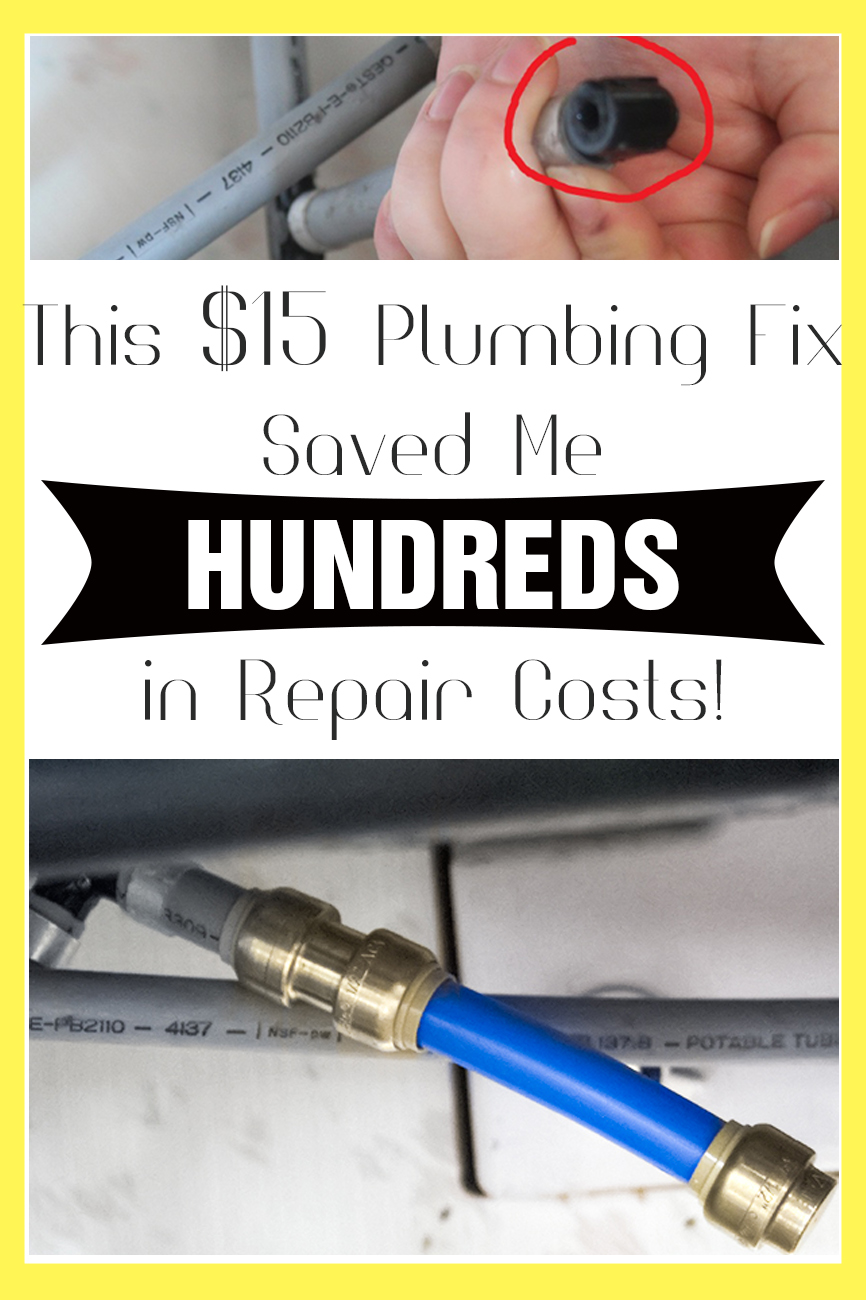 I was able to fix my plumbing issue for under $15 (cost may be higher if you don't have PEX laying around, it's still cheap!!). Hiring a professional would have been 4 times that, if not more. To say I'm happy with myself and my savings is a big understatement!

The next time you have a plumbing issue be sure to do some research. Chances are you can save some cash by doing it yourself. Of course, if it's too big you definitely want to hire a professional.